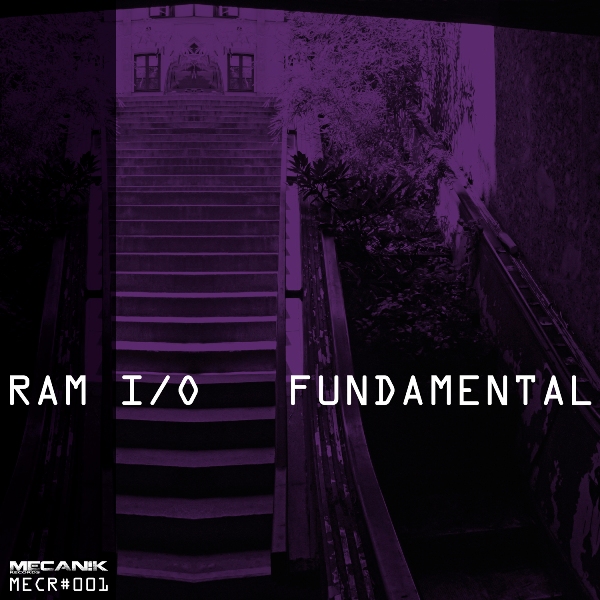 It’s mechanic all the way through. Industrial hegemony over techno beats, IDM eeriness in the atmosphere, a full dosage of all this is to be heard – from the first release on Mecan!k Records. Ram I/O is the alter-ego of Mario Reijnen, a man who translates his music into the genre of techno, with the inherent focus for the label, in: “dark and industrial techno“. This is what he’s aiming to put out on his rather newly-founded record label. “Fundamental” is his first release ever, a double-single with an edge to it that connect the dots completely, between the intriguing hardness of industrial, and the rather repetitive 4/4-motion of techno. The most important ingredient, however, is IDM. Without it, the atmosphere and the general sense of it would’ve been lost – and also the mood of the tracks. Whilst listening to the first track “Piles and Cranes“, which begins with a roaring but rather static beat, it slowly evolves into a crushing behemoth.

We’re somewhere in between the territory of inane hardstyle sounds, whom are shaped into something entirely different, and more exciting. These beats are underpinned by a strange, but sensible current that doesn’t make it too hard, but not too soft either. Especially in the second track “Future floor minus one“. It is noticeable that there’s an amount of structure and complexity between these genres and in general for these tracks. When taking influences from different places, albeit it being in the same category as electronica, you need to form a sharp context that can deliver this rather unconventional mix. It becomes unconventional in the hands of Ram I/O, not that it hasn’t been done before, but he utilizes the beats, rhythm, atmosphere and general landscape of sound, to his favor. You can listen to this first release from this label, down below.