For the beginning of summer, Niebezpieczne Zwi¹zki (Hazardous Compounds?), will put out their first release – in conjunction with their older project Kolektyw Ebola (The Ebola Collective) which was an underground collective of artists, based out of Poland. Out of the collective idea grows NZLD as a label, but right now runned by two people – RNA2 and FOQL.

As a label and artistic strategy they are focusing on the notion of disinformation. Staying true for a codex based upon different collective projects, gathering under different names – but under all the same name – in a rather morbid celebration of everything in media. Not a celebratory gesture by honoring anything, but as a spreading plague through: “…music, gigs, actions, distractions, words, system breaking, instrument breaking” and “A survival in Lo-Fi. Digitals and analogues. Dangerous Liasons. We deal with machines and humans.“, according to themselves.

Before NZLD as a label they were probably most known for their two releases on the Polish label Oficyna Biedota, namely the split-release with Arkona titled “Computape Split“, or their first release “Nag³y Spacer“ and split tape with Berlin based graphic designer Aga Wilk.  You can view it yourself on their homepage (nzld.pl).

For us whom are intrigued by mystery, it is a pleasant surprise to see them working on their own.  But a surprise it was, when we found out that NZLD is the new shape of what Niebezpieczne Zwi¹zki once was. A birth of something new, a breath of fresh air, which is only the home of two people and not an entire collective anymore. The first release is titled “Hypatia” EP” and it features a member from their collective whose name is FOQL.  She’s been active for three years, putting out songs on labels like Oficyna Biedota, Gooiland Elektro and Weyrd Son Records – with her different egos. 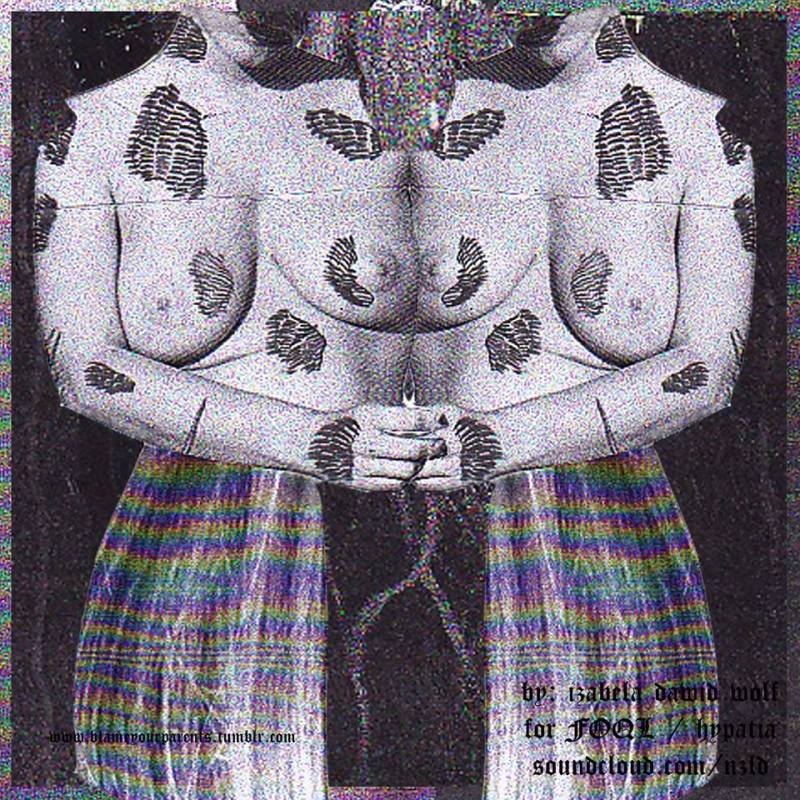 This first release is a collaboration with the graphic designer and tattoo artist Izabela Dawid Wolf of Skin Yard Zin. She’s created the artwork for this release. It also marks the baby-steps of NZLD as a label, staying true to their notion of a collective – rather making everything their own – than inviting anyone. They’re currently preparing a limited edition cassette for release, but they put out a music-video created by Izabela D. Wolf before release. I managed to get a hold of that music-video and I’m now broadcasting it on my newly created Vimeo-channel. The sound of the track “Cyril” is bizarre with its overlaying power electronics atmosphere and the underlying synth-pop blended with noise. A product of an industrialized nation gone berserk. Even though a lot of what I say is true, a certain sense of beauty can be found between the layers. Which is adequately expressed together with the music-video itself, enhancing that symbolism which was earlier just found in the music. So I give to you the premiere of the music-video to the song “Cyril“, taken directly from the “Hypatia” EP” – to be released very soon. Watch as you please, in HD or SD. You can listen to the song from that release down below, too.