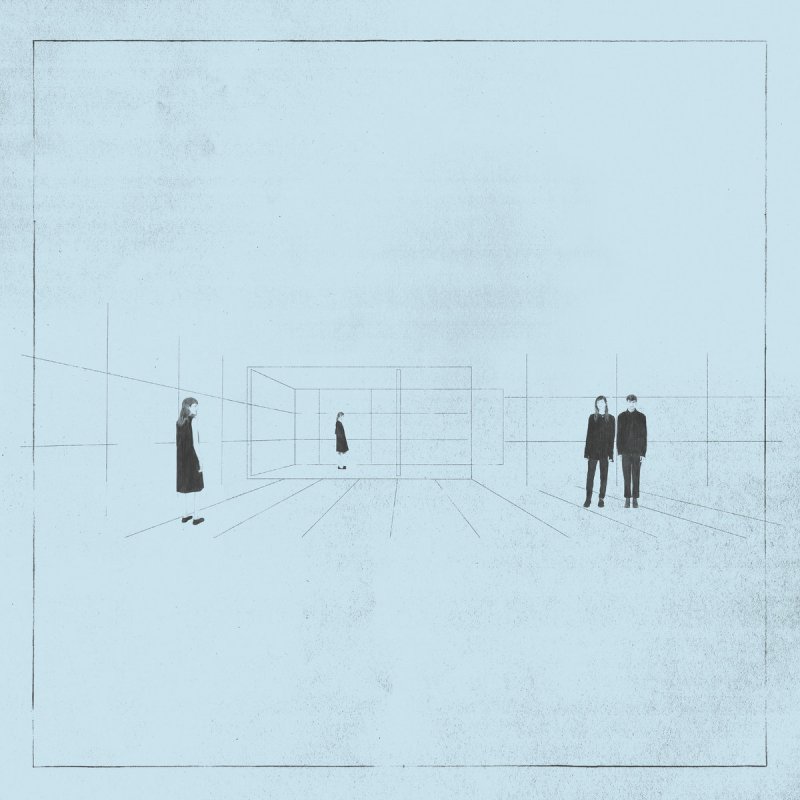 Medical Records haven’t gotten that much attention over at Repartiseraren, which needs to be changed right away. They’ve been putting out some really solid releases throughout the years, but as they’ve been etched to the back of the brain for some time – it felt necessary to take a closer look at one of their latest releases. One of those releases is a self-titled one by Marker – it is also a debut full-length release from him – which makes the reviewing more exciting in a way. The album clocks in at around forty five minutes.

It’s been a long time since I’ve heard anything this laidback and dreamy, yet in-your-face emotional. The first song “Identification Of A Woman” stands out from the stereotypical shoegaze drivel, laying down a serious beat and having an atmosphere that isn’t drowned out by the reverb. There are undertones in the vocals that make for an outdrawn, dreamlike scenario that could be listened to for as long as one pleases – without pauses, really. As the song grows on you, it develops that pleasantly emotional vibe which pushes every instrument at the forefront suddenly.

Having been more of a concentrated song that relied more on the combination of the instruments, the synthesizers, the drum-machine and guitar-riffs stand out on their own to add their own urgency to it. As the song comes full-circle in the end and fades out, “Nothing New” draws in from nowhere and is more nonchalant. There’s a boldness that is added into the rhythm, which feels very solid and present. It is a bit less bombastic then the first song and have been stripped a bit. One great aspect that gets more noticeable half-way in is how the reverb is used perfectly to draw out the atmosphere and extend the song, giving it a different character – then bouncing back to the established rhythm.

“Now I Know What You Really Think” – the name of the song alone is something that draws you in. As it starts, the accentuated baseline fetch a certain groove together with the basedrum. Starting off minimalistic, gradually attaining the more atmospheric sound which by now feels very characteristic and established only three songs in. What is exceptional about this song is how the melodies are applied with a soft touch and are unleashed with their maximal potential in the end. A nice addition is how the intro and the outro of the song is – as if something tuned on/off a radio or a TV-set.

“At The Memory” is nicely laden musically – perfectly set up as a more retrospective kind of track. The melodies are nicely paired up with one another in the beginning of the song, but it kind of sets off on its own further in. I’m not sure what to think about that, but it is made up by how the melodies hold together impeccably. The main ambition in this song are the melodies. Everything else is a bit lacking, honestly. It could be because you don’t notice it as much or because it might’ve been become slightly formulaic by now. The song organically floats on and is caught up in some kind of intermezzo as it ends. Entangled in greatness.

By now it would seem as if this bedroom-pop metamorphosed into shoegaze could become a bit boring – this is proven wrong in “A Problem With No End” – whose atmosphere stands out even more. The vocals add up even more in creating the general feeling of this song. When one thinks it sounds out of tune, the sheer complexity of it all prooves it to be wrong, as it changes in the last second to progress the rhythm and melodies further. As the baseline trickles down and become darker and darker, everything else drifts away and becomes even dreamier. When “Classic II” comes on, it feels like every one of the songs are intimately connected, but not in the traditional way.

Let me explain. Each fragment of sound from each song is collected and utilized throughout, which give similarities but also differences. He plays around with the melodies, the rhythms, the atmosphere – not trying to create anything completely unique with every track – but giving them common denominators – which is especially noticeable with the vocals and melodies. While not straying to far away with experimentalism, his attempt at creating worthwhile music has succeeded. But when you’ve come as far as “Pale Silver“, it feels as if the album could’ve been shortened a bit.

As soon as that feeling is taken into account, there’s an off-shoot of the melody that create something new. Unexpectedly. The anguish in the vocals in this particular song feel really powerful. It is probably one of my favorite songs off the whole record. “What You Do To Me” is a more ballad-like and slower track which make the instruments shine more on their own. It is not as harsh and it in some way encompasses the ride one’s taken as one embarked upon listening to this in the first place.

“Come Out“, the next-last song is more of the same but the expressiveness can’t be left uncommented. You feel very frail, but at the same time it gives initiative. One is filled with energy by the sudden shift of rhythm and the angelic synthesizers. A certain kind of hopefulness can be found in the middle of all anguish. Though after having heard this song, as it switches into the last one, titled “Follow It Down” – it feels like a mish-mash of everything – executed poorly. To begin with, there’s a good kind of atmosphere but after a while it goes bonkers. Had it been more structured – it would’ve been a great end to a good album.

You can listen to it in full via Medical Records bandcamp here below. If it is anything for you, I suggest you get it. Apparently it releases on the 21st of July, but if one is to generalize about this album in whole – it is definently worth laying your hands upon. Get the vinyl by following this link.