In this spotlight we’ve chosen four artists/groups that are different – yet alike in many ways. There will be a lot of darkwave, coldwave and industrial music in this spotlight. Mostly because those are the genres where we find ourselves at home, because there’s immense talent to be found there. We start off with noisy industrial music and end with gloomy post-punk extravaganza. 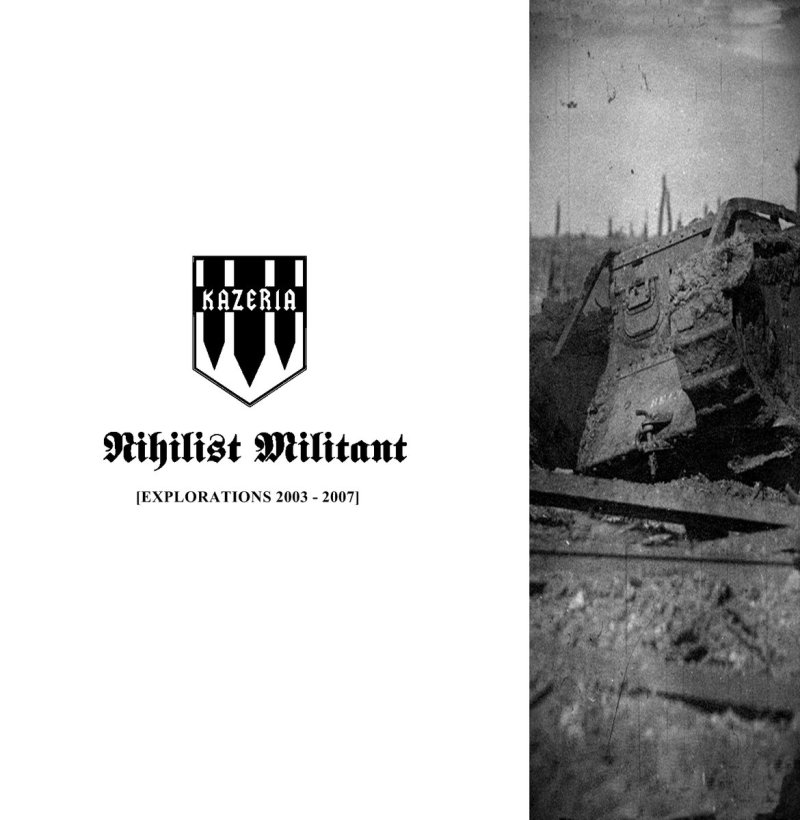 Kazeria was unknown to me when I found his music via Gradual Hate Records. It was his latest release, “Nihilist Militant“, that caught my eye. The aesthetics were impressive when it comes to the artwork for this release, but more was to be discovered when pressing play. He’s created very intimate and atmospheric industrial music, coupled with dark ambient overtones. Keep in mind that these songs are totally unedited versions, created between 2003 and 2007 – which is a representation of how it sounded back then.

There’s a great assertiveness in his music, it almost borders to the bombasticism of martial industrial. As stated by the label, this is a “very personal” release, which really shows in the emotions he conveys with his music. It is both harsh and atmospheric, with destructiveness at its core. One is very impressed by the percussive rhythms he produces, which can be heard the clearest in “Evrazia Regnat” – a very disciplined and ambitious track in regards to melodies as well. Even the very short ballad-like song “Irminsul” has a certain grace.

This release is a great way to get into his music and if you pre-order the last copy in the special package – you get a gas mask as well. Can’t get more industrial then that. Listen to the release down below, buy it if it is of interest to you. 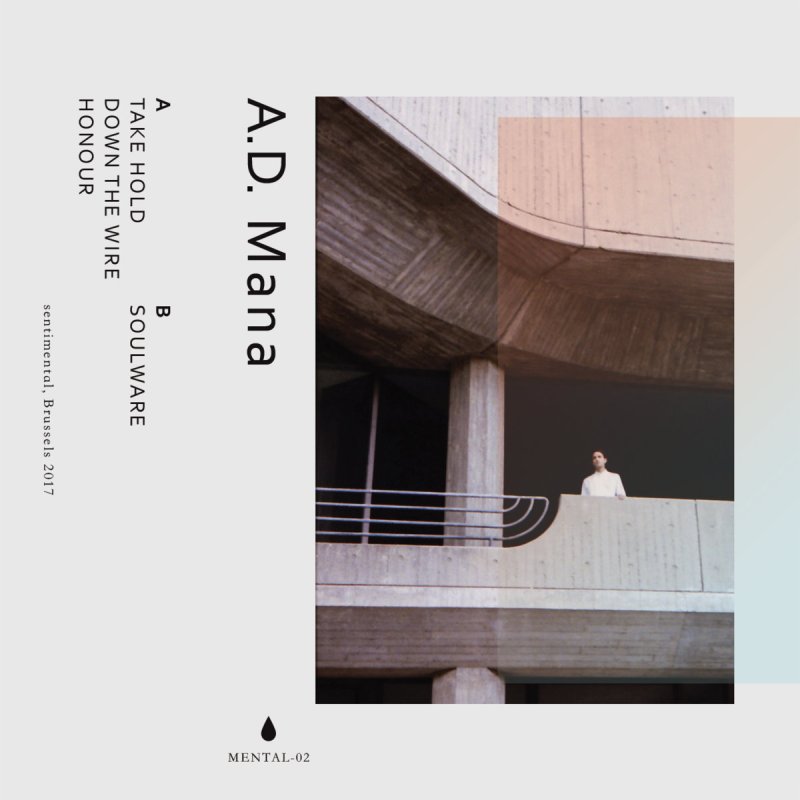 A.D. Mana is a relatively new artist from Berlin. The re-release of his first and only, self-titled EP, on cassette – had me at the first song “Take Hold” – a stern coldwave rendition that catches multiple influences, like synth-pop and darkwave, molding it into a sinister blend together with his voice. The synthesizer stabs are clear but at the same time dark and brooding, a strange combination which at first doesn’t seem to work but as the song progresses it is obvious that it does. “Down The Wire“, another song on the release, almost funnels the post-punk vibes into some odd kind of grungy synth-pop-‘n’-roll.

My favorite song on the release, except the first one, is “Honour“. It adds gracefulness to the messy environment of the songs in general. Even though you’re caught slightly off-guard by his voice – not in a good way – it fits in place after a few moments into the song. There are some great rhythms as well, aptly executed. The melodies are unorthodox, which makes me like it even more. You expect more of the same but get tricked into the wondrous atmospheres, the groovy electronic beats – and the charming ballad-like ending within “Soulware“. A perfect instrumental track and appropriate farewell. You should really check it out, and buy the cassette from sentimental, if it suits you.

I’ve actually heard about this artist, Strucktura, whilst browsing through the bandcamp-feed. But I never paid much attention to the music. There’s some really solid darkwave-inspired music in his “Statues Also Die” release on Oráculo Records. While the synthesizers and beats are on point in the release, there’s some really cheesy lyrics. In a weird way they go along well with the music, so I will leave that alone. The music seems awfully cheerful but at the same time moody and distraught – which is something that adds character to the songs. Especially in “Val D’Aran“.

There’s a nice futuristic vibe about each song and it comes out differently, even though most of the rhythm and melodies are alike. As dreary as the atmospheres may be at times – they come out as dreamy – and are filled with nicely laden synthesizer sweeps, alongside well constructed rhythms and melodies. It is a release you should check out, if it is something for you – buy the limited edition vinyl via Oráculo Records. 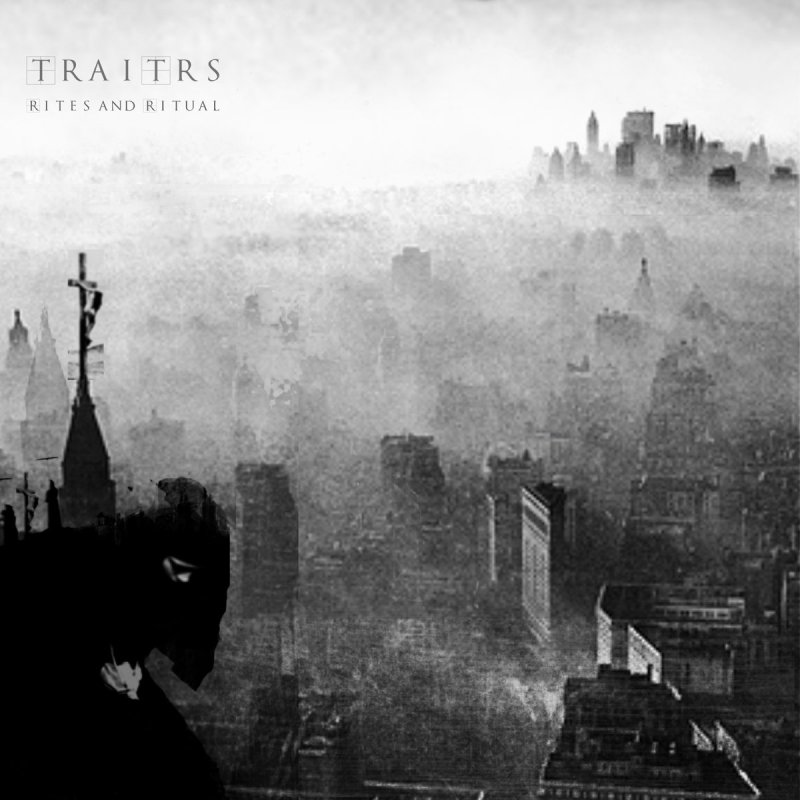 Torontian band TRAITRS have created some of the most soothing, coherent post-punk music I’ve heard in a while. The oomph of the baseline resounds throughout in the first song “Witch Trials“. It is really weird how each and every song on the release is anthemic on its own – it is mostly reserved to one or a few songs – but this is catchy, ambitious and on fire from the matchsticks up until the light goes ablaze. It is especially noticeable in “Lya“, one of the more minimalistic songs. The singer gets a certain kind of emotional streak in the chorus which makes you want to sing along to the lyrics.

Not to mention how massive “Gallows” is. Here they’ve really gotten through with the originality of their sound. They both have an edge in the music and somewhere to stand firm – nothing is left to chance, everything is constructed meticulously. When one gets as far as their last song “Heretic“, the percussionism is simply mindblowing. Of all the releases recommended in this spotlight, this is the one I will have to choose myself as the best one. You can get it from the Warsawian label Alchera Visions, buy it here and stream it down below.