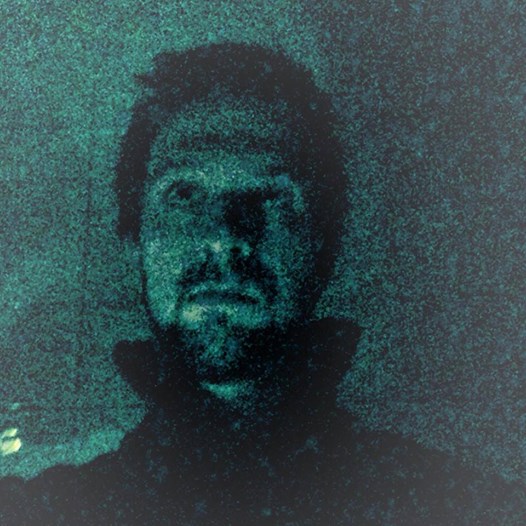 About a week ago Komarken Electronics presented himself musically on a mixtape for the music and forum-site Tracklistings. We had no idea that was going on until we found out. A month before that we were in the stage of preparing; for an exclusive mix that he were in the process of creating. The exclusive mix derives out of many influences that Komarken have as inspiration for some of his music, and simply the music which he prefers to throw into a mix. There’s an obvious connection between his description of what he does, namely: “Research on electronic sounds“, and the title of the mix which is: “Presentation Av Empirisk Data” (Presentation Of Empirical Data). He lays it out as if it was scientific research – which it actually might be when you think about it. There’s something about his sound that is inherently an investigative form of electro which spans far and wide beyond the solid borders that could be called “electro“. His project has been around since 2006 and this could be thought to be a collection of data which is presented to you as the listener – you finally get a hold of his year-long research which began almost eight years ago.

With his other project System Insurgent, which was originally intended to be the main focus when mixing, is a more primal and minimal project – which doesn’t suit a mix that is longer than thirty minutes. So therefore he decided that it would be appropriate to use Komarken Electronics instead. In the mix you get to hear – the masterfully mixed sounds by T. S., of – Dopplereffekt, his own project, Emptyset, Recondite, Frank Bretschneider, Atom TM, Federico Leocata, Inkamera, The Other People Place, Detroit in Effect, Arpanet, Visonia, Objekt, Kraftwerk(!) and Vladimri Ussachev. It doesn’t start to get into concrete electro until the latter part of the mix. There’s everything from ambient, pseudo-IDM to techno and everything in between of great electronics. A great exclusive mix for Repartiseraren, which he’s worked hard on to deliver a precise result and summary of his long standing research into electronica – electro specifically. Listen to it exclusively down below.