Exclusive Premiere: 77™ – She Likes To Watch You (The Horrorist RMX) 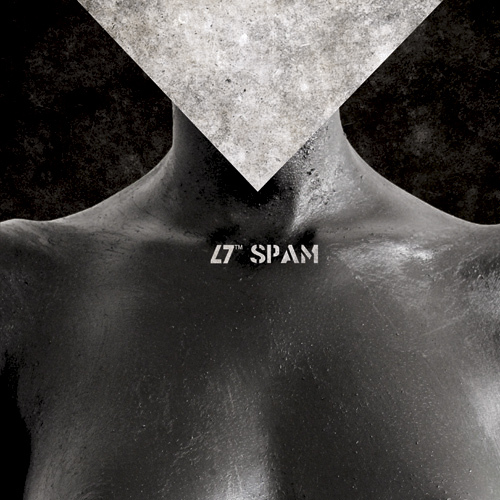 A glistening example of how you combine genres for the best result, can be found with the 77™-outfit – a Polish-Danish duo on the edge with their debut-release “Spam“. This duo started out with a live-performance back in 2009 on Christiania’s Open Air birthday party. Christiania is virtually a society within the society of Denmark, located in the borough of Christianshavn, in Copenhagen. Having played in a lot of different clubs and festivals across Scandinavia and Central Europe, it took a whopping five years for them to put out their first album. Comprised of the all too talented Aga Wilk from Poland, whose first and only release, a split with Marburg on the Polish label Oficyna Biedota in 2013 – it is nice to have seen her venture into this collaboration. On the other hand, Christian Gjelstrup, the Danish native, an interaction designer turned to form this duo.  Now when their album has already been released on the 9th of June, it is a pleasure to be describing what I got to hear from what they’ve put out. The music is everything from dark and shady electronic body music, to the static measurements of techno. When it comes to their own songs and not the remixes, they tend to present a stale and rather amelodic sound. Unhinged female vocals that are almost distorted beyond recognition, together with the steady rhythm of the beats. The remixes, however, lend the expertise from François-Xavier Michel (Millimetric), Andrea Pritschow & Malte Steiner (Das Kombinat) and Oliver Chesler (The Horrorist) – which the album is in dire need of when you’ve listened too much to them – a good complement to the original songs.

Some time ago I got to premiere the best remix. I found that the maniacal turn that The Horrorist gave the track “She Likes To Watch You” was just up my own alleyway. As he contributed with the nocturnal turn á la Oliver Chesler’s own formula. It was enjoyable to listen to it and it became more of an uptempo track stuck in transmission. A looming rhythm that hasn’t got the need to be moved the slightest, besides when it comes to change of melody. Wrenching in his own vision of what 77™ delivered with their original track. So I premiered this track a while ago and it was enjoyed by a lot of people, and I noticed that Oliver himself posted it around before everything was released. I’m afraid that I haven’t really had the tempo I’ve been keeping this year so far, so I’ve fallen behind on most of the stuff I’ve been doing. But here you go, the exclusive premiere of “She Likes To Watch You (The Horrorist RMX)“. You can also listen to the whole album from Mecanica down below, and you can also buy the vinyl-release here and digitally, here.