Exclusive Premiere: Europ Europ – Not The Best Lie I’ve Had 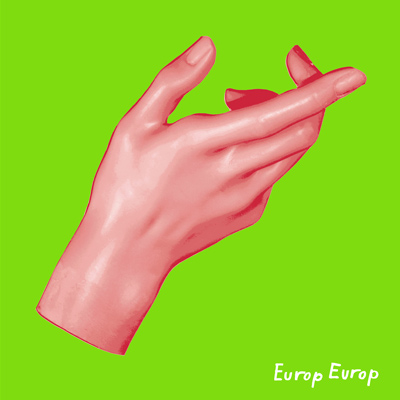 Norway, we’re calling you! Enfant Terrible is up on the barricades once again, shouting out the message of Europ Europ. They used to be called Europe Europe, but decided that a name-change would be welcomed for them. It’s a shadowy duo consisting of two members, whom have been active since 1996. Releasing their first album “No . One In Germany” on Etch Wear, which reads as “number one in Germany” according to the description on Discogs – since many releases in the 80’s had stickers with that particular text on. This was in 2002. Seven years later they released a collaboration with Mindy Misty, which was a release that was brought upon the world by both Etch Wear and Handmade Records. Four years after that, it was Enfant Terrible that swung the bat and curated “Mellowharsher“. Since then they’ve been loyal to both Etch Wear and Enfant Terrible. Now they’re actualizing an LP titled “Repeating Mistakes“, which might be an ironic statement considering the time lapse in between their releases, and their often curious (but odd) titles. I actually had no idea they even existed and I wanted to find out more about them. Therefore we’re bringing you the track “Not The Best Lie I’ve Had” from this LP, in collaboration with Enfant Terrible. Imagine yourself within the realms of toned down industrial, to the safe-havens of noise – from the depths of experimentalism and utter weirdness, conjugated with noise. Stream the track exclusively from Invisible Guy and pre-order the LP when you can. The release is expected to be out by the middle of February. So get in the mood for this!