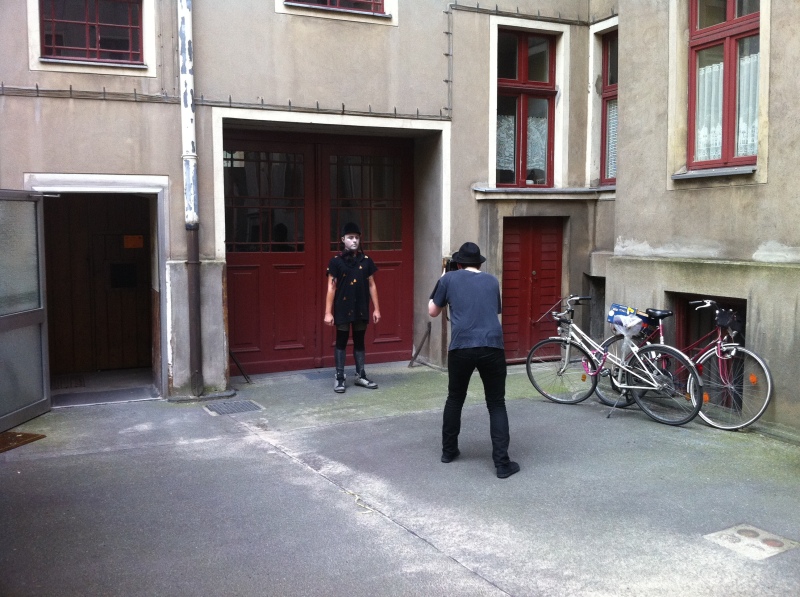 Outtake in the making of the Modern Movement book. Artist: Noisy Pig.

Modern Movement was founded in Berlin year 2010, as a platform for different concepts. Their main focus have mainly been limited to eclectic, nocturnal sub-genres. Brought up by people with, as they call them; “ambitious, international misfits with irreproachable taste“. Developing the often applauded creativity of Berlin. Involving filmmakers, photographers, DJ’s, artists, musicians and performers. Arranging events, parties and the likes of it. One of the main persons behind this rather newly emerged “movement”, if you want to call it that, is Jen Ellerson. A tireless promoter from Berlin, who decided to make something of the different bands, artists and groups that have slowly emerged from the center of it all. This, in turn, led to the advancement of the compilation that celebrates it all – namely the forthcoming release “V/A – Modern Movement – The Compilation“, getting put out by the German label aufnahme + wiedergabe. Featuring the artists, groups and bands: Gertrud Stein, Jemek Jemowit, Mary Orcher + Your Government, Germinal, Noisy Pig, Privacy, Nao Katafuchi, Velvet Condom, Petra Flurr + Modernista, Aniaetleprogrammeur, Nuclear Family, Mueran Humanos, Sixth June, Oberst Panizza, Bloodygrave & Die Lust!, Reckless Redemption, Team PI​$​$ and reliq.