Swoon Records is an independent record label located in Tacoma, Washington. It was founded back in 2010 by the recording, mixing and mastering engineer Jeff Southard. It’s the home of several artists and bands, like Makeup Monsters, Santee and their latest addition Tangerine, just to count a few. But it’s not your regular independent label, because he’s got a lot of tricks up his sleeve. Amongst one of the benefits for artists and bands that are hosted on his roster, is that they get to use the Swoon Records studio for free – meaning that they’ll also have unlimited access to the studio and its equipment. As if that wasn’t enough, he’s also got a 50/50 policy when it comes to sales. He takes fifty and the artists take fifty, fair and square. I decided to contact him and interview him, so I asked him about his label, the history of it, the music industry and much more. You can read it in whole, down below.

Why did you choose to start up an independent record label?

– It was out of frustration. For years, I was recording really great songs and albums for musicians in the northwest, and the music was not being released or distributed. I started Swoon Records to change that.

It seems to me like Washington would be a big city, which would hold a lot of independent record labels to begin with. But I guess I was wrong on that part then. When this situation arose, that nobody would release or distribute the songs and albums you recorded with musicians, I wonder; why did nobody pick it up, release and distribute it?

– It was mostly because the musicians weren’t marketing their work.  They were more concerned about recording their next album and playing shows.  The sad fact is, even the best music in the work is really tough to sell — especially without some professional marketing help.  That’s what I’m trying to help with. 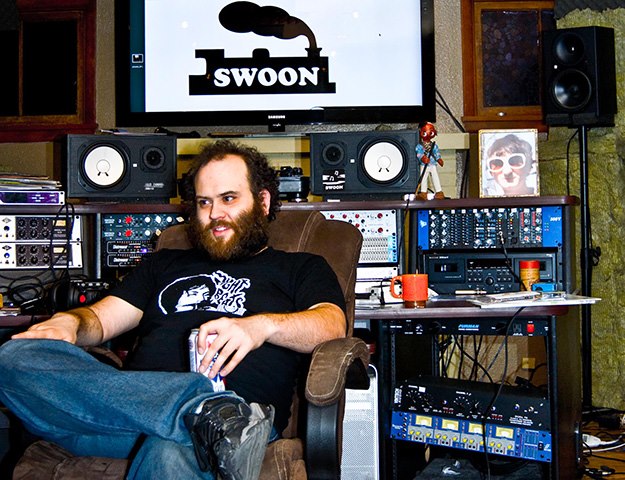 What kind of marketing do you offer?

– Guaranteed internet radio airplay, direct mailing to radio stations, digital delivery to radio stations, licensing for film and tv use, inclusion in compilation albums, photography and graphic design, in-house merch manufacturing, and word of mouth advertising through Swoon’s recording studio and duplication shop clients. I am always selling albums in-person when I go out. When Swoon artists have shows, they sell other Swoon releases alongside their own at the merch tables.

Since there’s a lot of other labels out there, I believe that the competition must be stiff. But do you feel like you’re competing with other labels or do you simply run your own race?

– I haven’t really considered the other labels competition. In fact, I do a lot of studio work for other labels.  Kyle Brunette and I mixed and mastered The Night Beats debut LP at Swoon, which was released on Trouble In Mind records (Chicago, IL).  We also just finished up their second LP, Sonic Bloom, a couple of weeks ago. That one’s coming out on the Reverberation Appreciation Society label (Austin, TX). I have also done work in the Swoon studio for Wallpaper, and Basemint, both of which were released on K Records (Olympia, WA).

As other labels hire you to work on their releases and such, what kind of expertise have you garnered over the years that make your work great?

– I’ve been doing audio work for a long time. When I was 16, I bought my first mixer instead of a car. I’m 33 now, and I’ve learned a lot about microphone selection and placement, acoustic treatment for rooms, and setting up compressors and equalizers. You know, all the technical stuff. That part has become second nature, so now I can focus on constructing and/or complementing the overall vibe of a project. 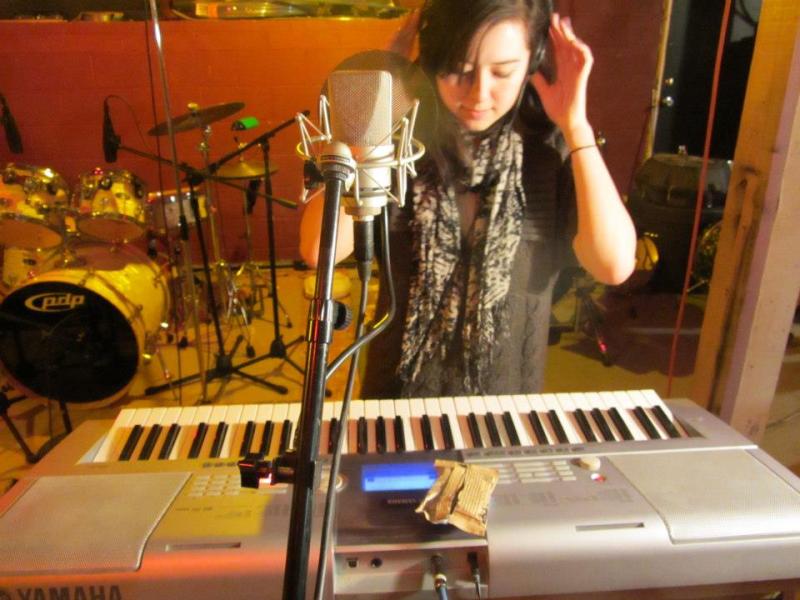 Once you started your label you must’ve had some contacts since before. But I was wondering, how did you pick the first bands and artists you wanted to work with in the first year?

– In the first year, I was only working with artists that were close personal friends. People who were comfortable with taking part in an experiment, and who didn’t have any pre-conceived expectations. People who trusted that I had their interests in mind, and people who wouldn’t get upset if the whole idea flopped.

How did you move on from that?

– The releases generated some buzz. I began receiving inquiries from other bands, and demos started showing up in my mailbox. Doing work for projects on other labels helped a lot with that too. It built up some cred with people who are more established in the industry. I’ve also been taking on external duplication/printing/assembly jobs for bands, mostly unsigned. When they sell CDs at shows, people ask where the CDs were made. That has generated some buzz for the label too.

In this day and age, independent labels seem to be focused a lot on the packaging and release of limited edition physical formats. There are also a lot of labels that only do digital releases. What is your take on that and what is your own aim, in this variety of formats?

– I want Swoon to be known for cool physical products. Colorful vinyl, custom die cut packaging, shiny, durable, colorful print on CD’s. This year, I have been working more with established designers, photographers, and other visual artists. Limited run is our strategy on that end. We make all of our physical projects in-house, and we put a lot of care into materials selection, design, and assembly.

Who are these established designers, photographers and other visual artists?

I want to make a throwback to a question I had looming, after you said you had friends that are connected to the “industry”. I was going to ask you; what do you think about the music industry as a whole?

– The deck is definitely stacked against the industry as a whole. Being able to steal music so easily has made music enthusiasts value music a lot less than they used to. A lot of good people are trying to help the situation. People in the industry, and fans too. On the other hand, there are a lot of people out there who insist on taking advantage of others, all the while giving little or nothing in return.  Everybody has a way of dealing with adversity. I choose to work with the people who respond to it by working harder instead of cheating.

Is this more of a “sign of the times”, or has it always been this way?

– It wasn’t this way in the early 2000’s and before that. Broadband Internet and file sharing services devalued music and made it more popular at the same time. A very unique situation — It’s much easier for bands to get popular, but much harder for them to have sustainable careers. That’s part of the reason a lot of artists don’t bother marketing their work. It seems pointless to a lot of them. I’m trying to help motivate them by putting some time, effort, and financial backing into their projects.

Have there been any other labels that have influenced your work in part or as a whole?

– K records. They have their own studio, they do a lot of sales in person around town, and they were the  first to release an album that I engineered. That was a great motivator for me to keep at it.

When it comes to your label as a whole, how do you sort out the music you’d want to have on your label?

– I need to really like the music, but it goes further than that. I also need to be convinced that the artists won’t have unrealistic expectations, and that they’re going to resist starting conflicts with the people that they’re gonna be working with. That includes band mates, people in other bands, venue personnel, writers, designers, photographers, etc.  Basically I want the Swoon team to have a reputation for being a pleasure to work with. There’s not a shortage of talent in this area, so attitude and work ethic really go a long way towards a successful career.

That sounds like a successful formula. So now I must ask you a totally different question; do you have any new act coming up on your label and how is it going with the forthcoming releases?

– We are actively working on four releases right now.  Santee (Seattle), People Under The Sun (Tacoma), Watermelon Sugar (Brooklyn), and Wheelies (Tacoma). Watermelon Sugar will be the next release, although we don’t have a date nailed down yet.  The music is done, but we’re still working out the design details for the 10″ vinyl package.

Alright! Thank you for this interview. Is there anything else you wish to add?

Listen to the latest release on Swoon Records down below.

2 thoughts on “Interview with Jeff Southard of Swoon Records!”