A newly conjured and dreamy landscape with dark pop. With the first song “True Luv” Carol Ryu expands the thoughtfulness of catchy pop-tunes, to be something more than just fluffy dreams and fantasies. This melancholic piece of coated pop is more than someone could handle, reminding me of a Ladytron mixed up with Crystal Castles with a pinch of Cocteau Twins. Her soft-spoken and gentle voice is a stark reminder of the contrast between the sound-scape and herself, putting it at a distance between them both and a cutting point only a needle could pinch through. Even though they’re remote, they’re close to each other. On the other hand, the dreaminess of the sound-scape and the sharp edges mildly resemble a nightmare with a light in the end of the tunnel. Not really an apocalyptic scenario, but by far something sinister. It might be a little bit minimalistic at heart, but it holds a greater width inside. Where the more ambient and dreamy pop surge throughout the body of the peculiar (yet not unreasonable) mixture.

Furthermore, the next song titled “Mirror” might just be the antithesis of the first song. Where the softer and more dreamy elements have been put in the foreground, with an electronic arpeggio running straight through it. The reverb used on Carol Ryu‘s voice also clings through the sound-scape with the percussion, which gives the listener a gloomy feeling, and a lush one too. Even though the voice might be a little bit too much beneath the surface and the instrumentation a bit louder, the general lyrical content is as fitting as ever. It feels as if it’s something you should try to decrypt, as if it leaves a message cut into pieces, for you to pluck together and make something out of. All the sublime elements of this song make it special and drive everything creative out, just to insert it in different parts of the song. Sometimes the more quirky synths can be a little too much, but everything else is on point. There’s a lot of things that are great about this songs and some that could be improved, like removing the weird “8-bit” synth in the garbage can, together with all its screeching.

Whilst the next song “Jolene” takes on a more ballad-oriented and genuine nostalgic pop-sound, the percussion is still doing its job. Definitely one of the strongest cards yet, as the melodies and the rhythms all entwine and create a bombastic yet dreamy sound-scape, almost bordering to ambient. The lushness of her voice is almost indescribable, but trying to describe it would be like opening your finest bottle of champagne and taking a sip from it. Then resting in your chair in front of an open fire. A luxurious endeavor not meant to be exposed for us less fortunate. But yet, inviting us in with a smile on the face and giving us high-quality art. As I’ve said in earlier reviews, there’s something about a girl’s name being the title of a song, it almost always turns out to be one of the stronger songs on those albums. Also, the mix of down-tempo and somewhat up-tempo electronica, makes for a wonderful mix that can keep rolling for all I care.

Every album also needs an intermission song, which “Wait” is a symptom of. Nothing bad with that, I enjoy a little bit of rest before punching the alarm clock and moving on. Here, it’s also noticeable how a strong yet lush voice can give a sound-scape that extra feeling of grandeur. It’s like an instrument in its own way, of course and if you a little bit of watery reverb on it, there’s something going to come out of it. The result is very much a lo-fi, down-tempo and angelic experience nobody should be without. Like sitting in an empty church by yourself, hearing the wonderful voice of someone who can hold it out long enough for it to be strong. Filling up the space with a lot of wonderfully interpretative motions in and of sound. The stripped down sound is minimalistic and enthralling enough to put it on once again, just to enjoy the wonderful sound of a singer’s voice that is on par with the sound itself.

But here, something changes. With the next song titled “808 Myst“, the chilling effects of a darkwave-oriented pop mystery unleashes its thorns. The sound is very much a confusing and bedazzling one, which keeps itself in your mind, yet reminds you awfully a lot of white noise. There’s something for everybody to fetch here. Sheer ambiance, scary darkwave or mysteriously harsh melancholy. Almost gaining a little bit more confidence to call itself dark ambient. At times, the swooping yet steady sound is crushing the inside of your skull, while releasing enough pressure to keep you listening to it. There’s always some pressure in this song, which quenches the thirst to hear it once more. Its notion is also radically different from anything I’ve heard on this album, which is a little bit confusing, but maybe not surprising. Because there’s certainly a darker vein to some of the songs, which just happened to escalate into something beyond the pop notion that it has been involved with throughout.

Which makes us delve into the last track on the album. It’s titled “Juice of My Heart” and contains the same elements as the aforementioned song. Instead of reminding me of some dark ambient mixed with crushing power electronics/darkwave, or something in that manner, it reminds me of some heartfelt movie soundtrack of the 80’s. The pulsating percussion, the lo-fi sounding elegance and the glamorous environment it revolves around. If someone would’ve told me anything about it, I would’ve picked a movie like Top Gun for it to be in. Even though it might not be as bombastic or in-your-face as Berlin’s song, it might actually have been featured in anyone of those movies if it had came out in those days. I think this album is great and also one of the reasons I wouldn’t shy away from the dream-pop genre. It’s got all the necessary things to keep it afloat, and it actually brings something more to the table than reverb-drenched nonsense being spewed out together with boring electronica. You should listen it through and make up your own mind, but I would like to recommend it. 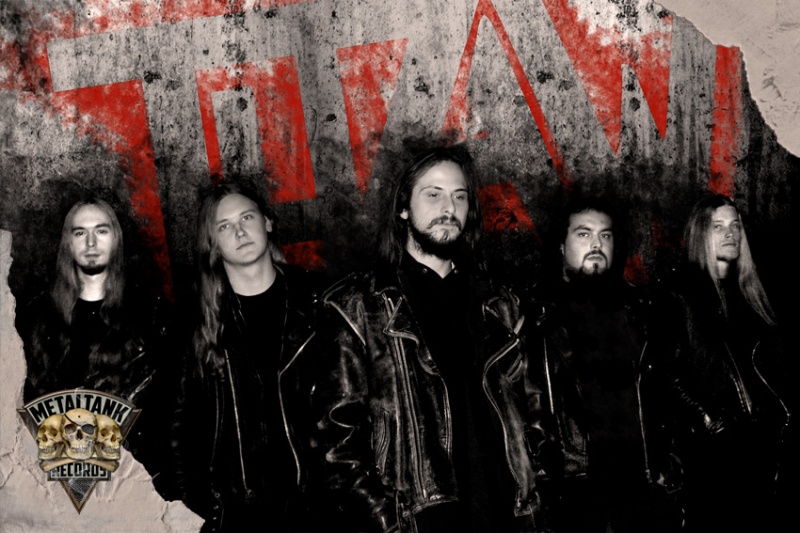