My New Fascination: Pauline Murray And The Invisible Girls – Untitled 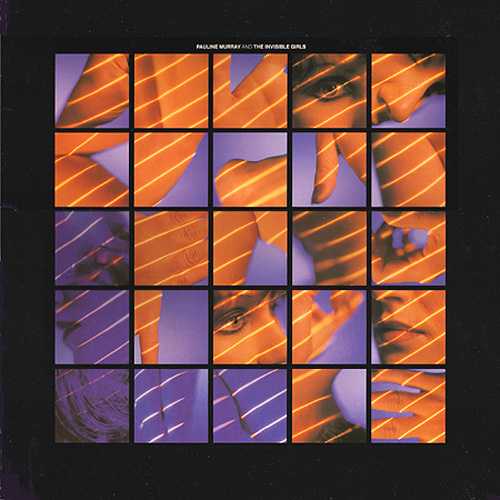 This is, in my opinion, one of the best leftfield albums of all time. Even though it contains some post-punk and synth-pop too. All the rhythms and melodies fall in place and the vocalist Pauline Murray makes it one of the most powerful things I’ve heard recently. One of the most captivating songs on this 80’s album is “European Eyes“, where the moody and lingering baseline throws itself in the way for everything else. It has such a variety of songs that range within all those genres, but this song is certainly the most powerful one. When Pauline starts to wail in the chorus of the song, it makes me want to groove with it. It has such an alternative swing to it, despite being in one of the less alternative genres. A rough edge which smears the rest of the album and shatters glass on its way. But there are some songs that are worthy of contending that one, and I’ll tell you which songs.

The song “Drummer Boy“, is like an abstract ballad. With a lot of interesting percussion and no-wave feeling to it. Accompanied by some repetitiveness, yet some balanced melody. It feels like it’s going to burst in any moment. Her vocals are spreading over the whole sound-scape and making themselves noticeable, even though the song is very modest at heart. Also, the song “When Will We Learn” reminds me of the high-school sweetheart. There’s something naive to it, and it recants the younger years. At least for me, since I get very nostalgic when I hear that song. With a high-pitched singing and I would say that this song is the ultimate contrast to “European Eyes“. The emotional melodies and everything is synchronized to make the best out of it. Whilst the song “Animal Crazy” drives you nuts with the awesome synth-pop melodies. A minimalistic piece of excellence, with arpeggio synths and carefully set baselines making it a mystical song to say the least. It’s also one of those songs that goes after a systematical pattern, and tries to make you dance at every beat it pulls off.

It’s one of those “must-have” records that you need to place in your vinyl-collection. Pauline Murray And The Invisible Girls pull this debutalbum off completely and it’s insane to think otherwise. Getting all you need, all the grooves and all the rhythms you’ve been longing for. Also, Pauline is a great vocalist with loads of potential and she’s made more than this. You should also check out her solo-album titled “Storm Clouds“, which is from 1989. It’s amazing that this particular album is from 1980. So listen through it and try to find a physical copy of it online.